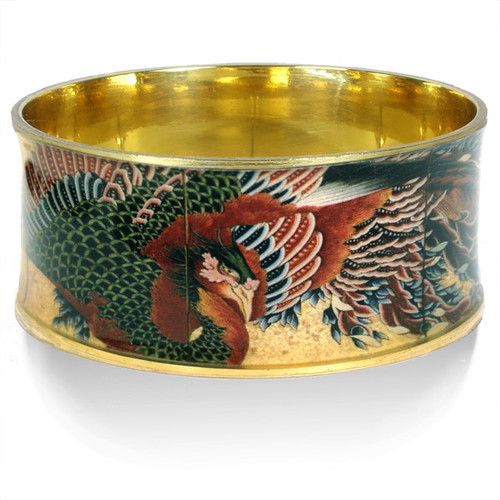 The Eastern mythical phoenix
was a miraculous, auspicious creature,
appearing during times of good
government; it was also sometimes used
as a symbol of the Chinese empress,
or femininity in general . Hokusai
developed his own way of representing
the fabulous bird, somewhat like an even
more brilliantly colored peacock, with
its shape adjusted as necessary to fit the
format of a particular painting.