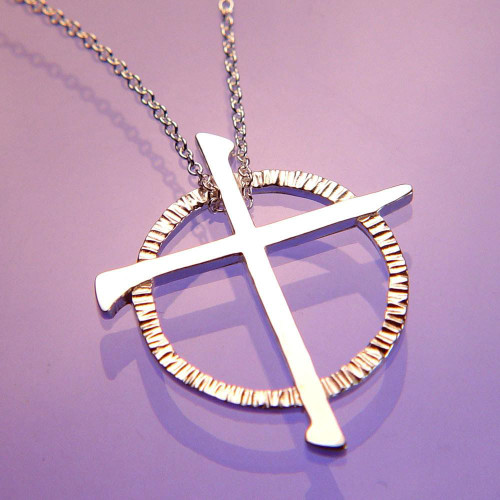 This necklace is a modern interpretation of the Celtic Cross, particularly popular in Ireland and the Celtic regions of Britain and France. Legend suggests it was introduced into Ireland by St. Patrick. A Celtic Cross is traditionally surrounded by a circle at the central crossing, though in this version the circle has been enlarged. The symbol of the cross has hundreds of variants in design - all are a symbol of faith in Christianity.