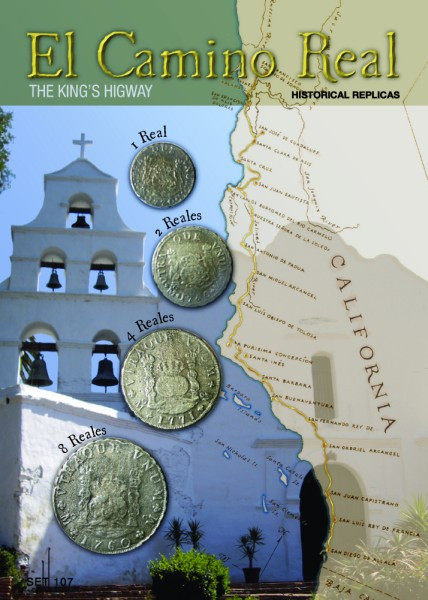 The 15th century saw a consolidation and ascendancy in Spanish power overseas. Ferdinand and Isabella were rulers of the Spanish expansionist empire. They were eager to spread Christianity to distant lands as well as increase the wealth and power of Spain. With Columbus's discovery of the Americas in 1492, Spain began a series of expeditions into North, Central and South America. In 1519 Hernan Cortes began the campaign to conquer Mexico. With Cortez's conquest of Mexico in August of 1521, Mexico City became the political and military center for Spanish possessions in North and Central America, otherwise known as New Spain. New Spain was an important source of valuable resources, primarily precious metals for Madrid and the Spanish Empire. In 1535 Antonio de Mendoza became its first Viceroy. New Spain's northwestern most colony was California. It was claimed by Juan Rodriguez Cabrillo in 1542. The early Spanish conquistadores looked to California as a source of treasure, however none was found. Spain's attention quickly shifted elsewhere. In 1565 the Philippine Islands were added to Spain's empire, and a port on the coast of California was considered. Again though nothing was done and California remained undisturbed by European settlement for another two centuries. In the second half of the 18th century the balance of world power shifted again, and California was threatened by European powers including England, France and Russia. The Spanish King, Carlos III, decided Spain would have to physically occupy California or it would lose it. In 1769 Gaspar de Portola and Father Junipero Serra led an expedition that established missions and presidios (forts) in San Diego and Monterrey and discovered the hitherto unknown port of San Francisco. Serra, who remained in California after Portola departed, together with his successors established a 600 mile system of roads called El Camino Real, 21 missions from San Diego in the south to Sonoma in the north, 4 undermanned presidios (forts), and several small pueblos (towns). This constituted the high water mark of Spanish colonial involvement in California. Our Historical Replica Sets of El Camino Real includes historical replicas of Spanish silver Pillar Dollars used in trade in California. The silver for the original coins was mined in New Spain and made into coins at the mint in Mexico City. The coins were made by using a mechanical press striking silver blanks and created milled edges. The obverse design of the Pillar Dollar coins shows two crowned globes depicting the old and new world. The columns depict the Pillars of Hercules (Straights of Gibraltar), the gates to the New World with ribbons marked 'Plus Ultra' (more beyond.) Some think, the columns and ribbons may be the source of the US dollar sign. The date of the coin is at the bottom of the coin. On the reverse it shows the Royal Shield of Castile with the mint mark and denomination to the left and right of the shield. The denomination of the Pillar Dollars relates to the English system. One Real is equal to one English shilling or 12 1/2 cents US. Two Reales equals $.25 cents; and Four Reales equals $.50 cents. Until 1857, Pillar Dollar and Royal Bust Pesos were the predominant coinage of the United States. Our Historical Replica Sets of double sided coins are made of lead-free pewter and have the word COPY struck on reverse of each coin in compliance with the Hobby Protection Act.