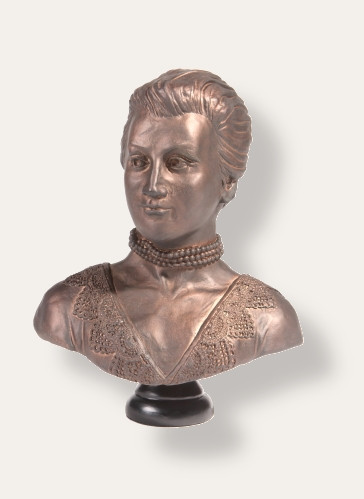 Abigail Adams (1744 - 1818) was the wife of John Adams, who was the second President of the United States, and mother of John Quincy Adams, the sixth president. Depite a lack of formal education, Abigail was widely read. She ably managed the household and farm during her husband's frequent absences. The many letters she and her husband wrote to one another are filled with intellectual discussions on government and politics, as well as a testament to their strong and affectionate marriage.