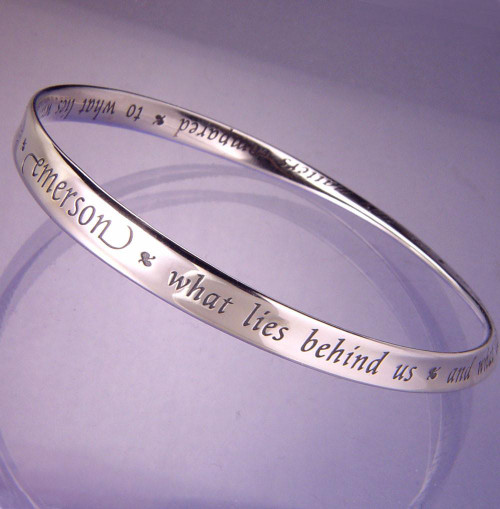 The quotation engraved on this bracelet is attributed to Ralph Waldo Emerson. Emerson became the leading essayist of his day, a poet, and a preacher in the second Unitarian Church of Boston in 1829. He became a central figure of the philosophical movement known as transcendentalism, which held that reality is essentially mental or spiritual in nature. Whatever Emerson's philosophical reasoning, this quotation about the value and meaning of self-reliance is truly an inspirational one.

Made in the USA. Ralph Waldo Emerson: "What lies behind us and what lies before us are tiny matters compared to what lies within us." Sterling Silver, 7-7/8" inner circumference