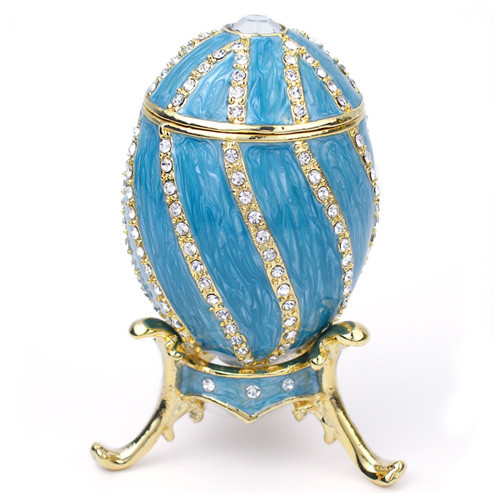 Imperial court jeweler Carl Fabergé and his craftsmen created magnificent eggs of various designs not only for Russian nobility, but also for European dignitaries and the Fabergé shops. In 1886 the House of Fabergé was granted an annual commission by Czar Alexander III to produce eggs for the Imperial family. These imaginatively designed eggs were meticulously crafted in gold and silver with enamel,precious gems, and semiprecious stones. Our richly colored miniature eggs are inspired by these creations.