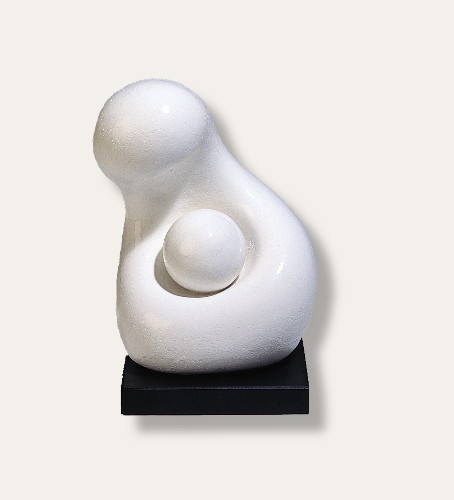 Although an expert in many mediums, Walter A. Hannula favors direct carving in stone. His forms are strongly abstract in style but do not deny the natural shapes from which they evolve, nor the emotions which motivated them. His radical concentration on the essence of a concept never winds up with a dehumanized construction. "Mother and Child" was carved in sandstone in 1963. The artist considers this as the definitive execution after two preliminary versions which were widely exhibited and acclaimed.