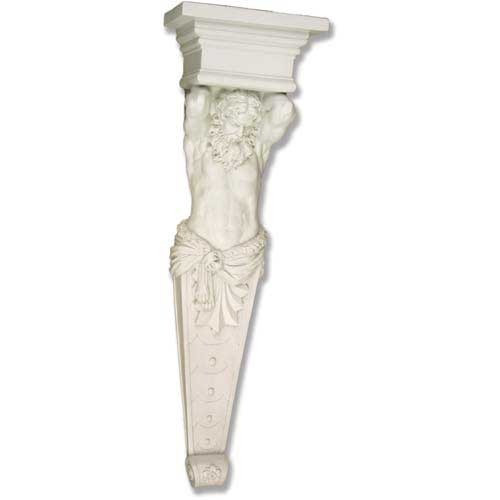 Hercules is the Roman name for the mythical Greek demigod Heracles, son of Jupiter (the Roman equivalent of Zeus), and the mortal Alcmena. Early Roman sources suggest that the imported Greek hero supplanted a mythic Italic shepherd called "Recaranus" or "Garanus", famous for his strength, who dedicated the Ara Maxima that became associated with the earliest Roman cult of Hercules.

8Wx5Dx26H (inches) : Please Note this is a Special Order Item. Please allow 3-4 weeks for production. Made in the U.S.A.