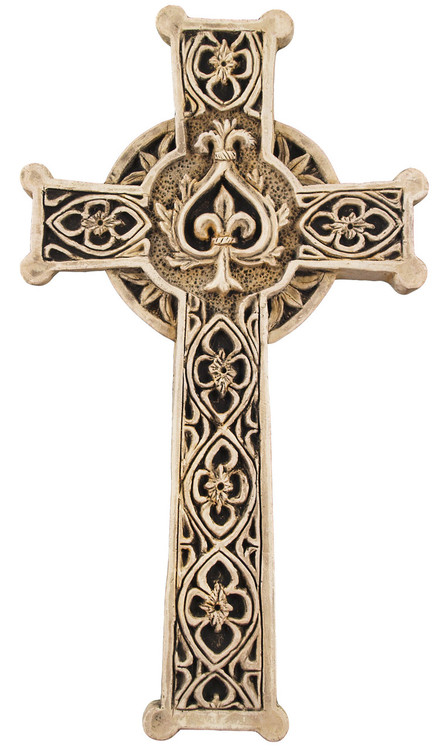 The Fleur-de-lis displayed so prominently in the center of this cross is a stylized iris and the French royal emblem. According to legend, in the early 500's, Clovis I started using the fleur-de-lis after an angel gave him an iris for accepting Christianity. Fontainebleau is a small town in northern France, about 35 miles southeast of Paris. The scenic and rugged Forest of Fontainebleau, which surrounds the town, was at one time a royal hunting ground. In the center of the town is the Chateau de Fontainebleau which started out as a royal hunting residence and over the centuries has become a magnificent palace. Begun by King Francis I in the 1500's French kings continued to add and remodel the chateau as late as the 1700's, including Napoleon I when the country was an empire. The Mona Lisa hung in the chateau's art collection of King Francis I.