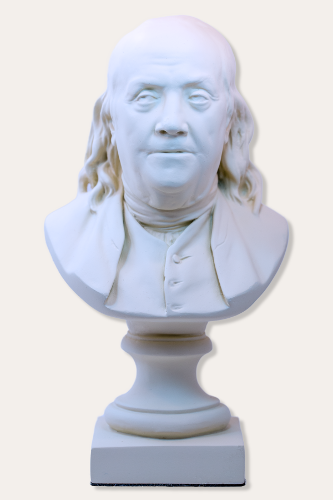 When Benjamin Franklin arrived in Paris in 1776, representing his now independent country, the fame of the septuagenarian as a scientist and statesman, philosopher and publicist, had spread throughout the Western World. Engravings, decorated plates, and miniatures in clay, porcelain, and plaster were nearly mass-produced. No wonder then that Jean-Antoine Houdon, whose works reads like an encyclopedia of the great names of the era, decided to create a portrait of Franklin, who was also his friend.