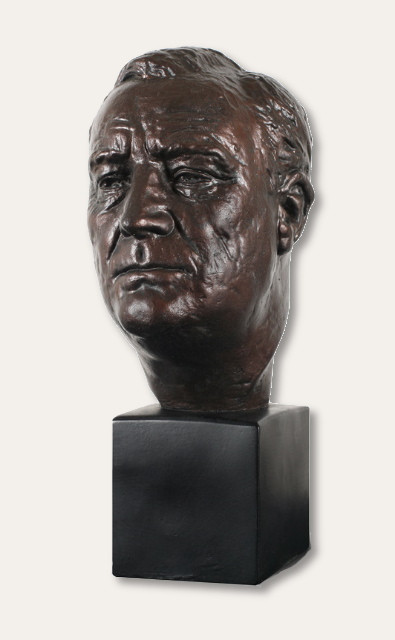 Jo Davidson was commissioned to create this bust of America's thirty-second president, the only American president to serve more than two terms. Franklin Delano Roosevelt entered the White House in 1933 and immediately tried to tackle the Great Depression. He introduced several new programs to help Americans when they needed it most. He was also president during World War II and, after a long, bloody, and costly war, he led the country to victory. He was, and still is, known for his memorable speeches and fireside chats. He told us "The only thing we have to fear is fear itself!" and luckily, we believed him.