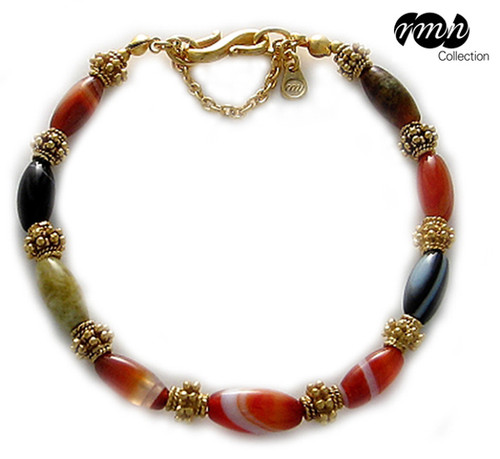 The extraordinary variety of beads on this long necklace illustrates the taste for polychromy so typical of oriental jewelry, which reached its peak during the Persian period. Craftsmen combined dozens of different stones with consummate artistry, producing contrasts in colours, materials, transparency and opacity to create a sumptuous and polychromatic symphony, punctuated by gold beads formed of rows of fine granules, a characteristic of the Achaemenid period.
This necklace was discovered in Susa, one of the capitals of the Empire, in the tomb of a high ranking person who was laid to rest in his sarcophagus wearing all his jewelry, with a silver cup, two alabaster vases and two coins at his side, that made it possible to date the sarcophagus to the end of the Persian Empire.