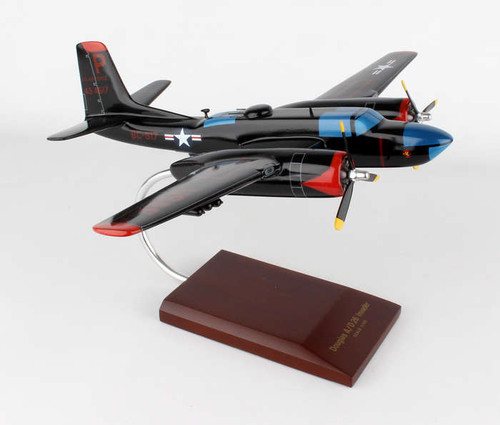 The Douglas A-26 Invader (B-26 between 1948-1965) was a United States twin-engined light attack bomber built by the Douglas Aircraft Co. during World War II that also saw service during several of the Cold War's major conflicts. A limited number of highly modified aircraft served in combat until 1969. The last A-26 in active US service was assigned to the Air National Guard; that aircraft was retired from military service in 1972 by the US Air Force and the National Guard Bureau and donated to the National Air and Space Museum.