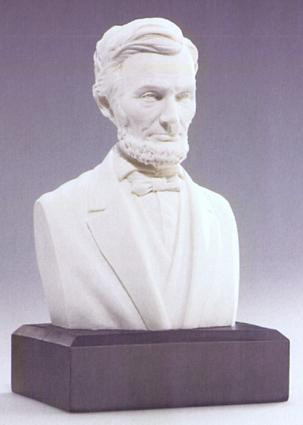 This bust commemorates a man many Americans consider to be one of their greatest presidents. Abraham Lincoln guided the nation through the Civil War. As president, this former Illinois lawyer and congressman ensured the strength of his Republican Party, issued the Emancipation Proclamation, and succeeded in the preservation of the Union. In April 1865, Lincoln's life ended at the hands of an assassin, but his hope survived--"that this nation, under God, shall have a new birth of freedom."