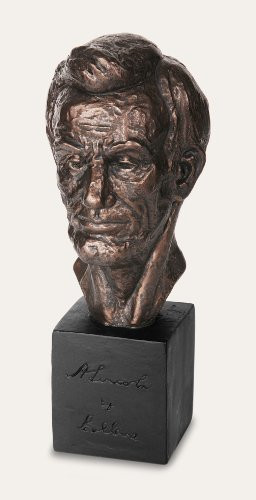 This portrait owes its inspiration to the last photograph of the President taken by Alexander Gardner on April 10, 1865. The news of Lee's surrender had reached the White House only hours earlier. The end of the Civil War was imminent, but the strain of the ordeal clearly shows up in the portrait. The sculptor, Leo Cherne, made a thorough study of Lincoln's face which he describes as "a palimpsest of human paradox." The bronze original of this portrait head is at the Lincoln Museum at Washington, D.C.