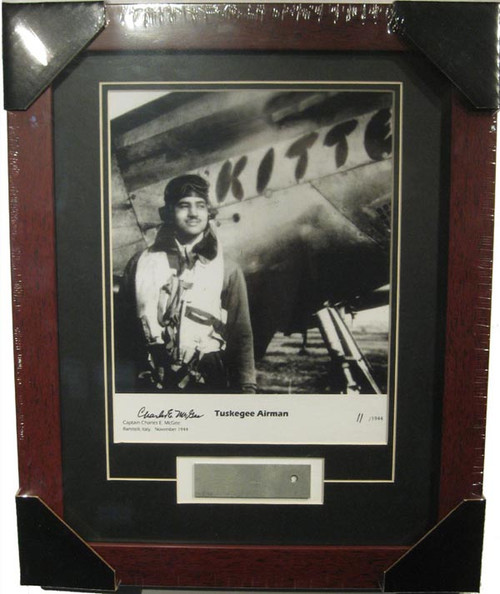 The Tuskegee Airmen were the first African American military aviators in the United States armed forces. During World War II, African Americans in many U.S. states still were subject to racist Jim Crow laws. The American military was racially segregated, as was much of the federal government. The Tuskegee Airmen were subject to racial discrimination, both within and outside the army. Despite these adversities, they trained and flew with distinction. Print is personally signed by one of the Tuskegee Airmen, Charles E. McGee. McGee was a career officer in the United States Air Force for 30 years, he holds an Air Force record of 409 fighter combat missions flown in World War II, Korea and Vietnam. Certificate of Authenticity included.