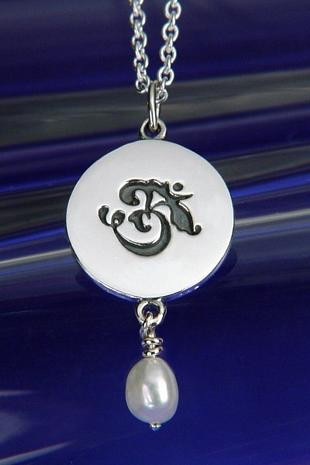 OM - Sanskrit a-u-m, the universal mantra of Buddhism and Hinduism, represents the primeval creational sound, the essence of Indian traditional knowledge. Not strictly a script, Sanskrit encompasses the literary and written forms of the Hindu and Buddhist traditions. OM is used as an affirmation or assent, intoned as part of a mantra or other meditation. OM is the first word in the Tibetan mantra om mani padme hum, hail to the jewel of the Lotus. As such it is familiar to westerners practicing yoga, usually chanted at the beginning or end of a practice.