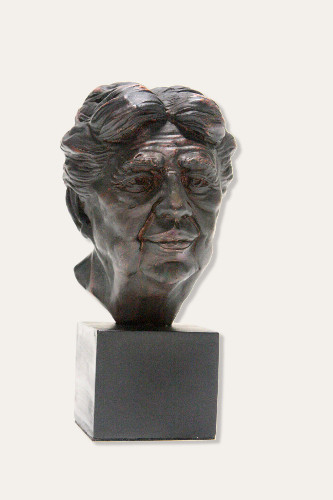 Eleanor Roosevelt, the wife of President Franklin D. Roosevelt, was a distinguished public figure in her own right. She served as first lady from 1933-1945, supporting the New Deal policies of her husband, as well as being a strong advocate for civil rights and human welfare. Much of her life was spent in service to others, from working as a social worker in the East Side slums of New York at age seventeen, to chairing the United Nations committee responsible for getting the Universal Declaration of Human Rights drafted and approved. At her memorial service, Adlai Stevenson said of her, What other single human being has touched and transformed the existence of so many?