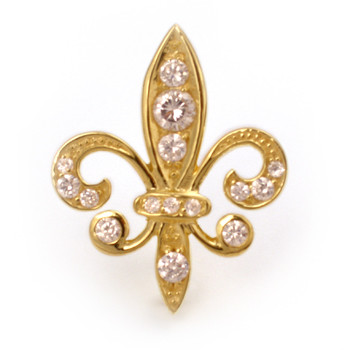 Tudor Place, the Georgetown estate of Martha Washington's granddaughter in the nation's Capital, is pleased to introduce its collection of historic jewelry, dating from the 18th to the 20th century.

This pin and pendant is inspired by a handsome stickpin manufactured in the early 20th century. The Fleur De Lys, used in various stylized forms of heraldry, was adopted by the French monarchy as their symbol. The original pin was owned by Armistead Peter Jr. a direct descendant of Martha Washington and the fifth generation of the Peter family to live at Tudor Place.