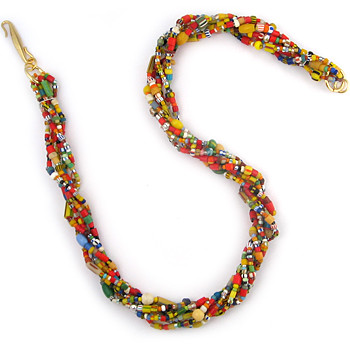 From the late 14th to the early 20th century, colorful glass beads made in Czechoslovakia, Italy and Holland were brought to Africa to trade for exotic spices, gold and animal skins. Used as currency by African tribes, these beads were highly prized and appealed to the African peoples fondness for vivid colors. Our colorful jewelry simulates those ancient trade beads.