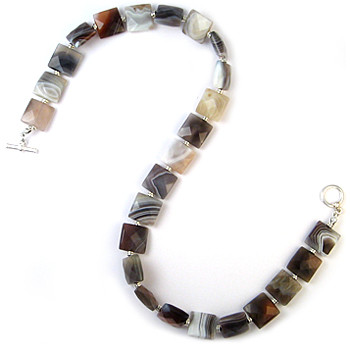 AGATE
Agate was one of the first known gem materials. It was used extensively in Egypt and Rome in jewelry and in other ornaments. The color and pattern of agate beads can vary greatly. Its variegated color sometimes appears as distinct bands (banded agate). Banded black beads with a white central circle were called eye beads, which were worn to protect against the evil eye. Fire Agate is named for its orange-red color.