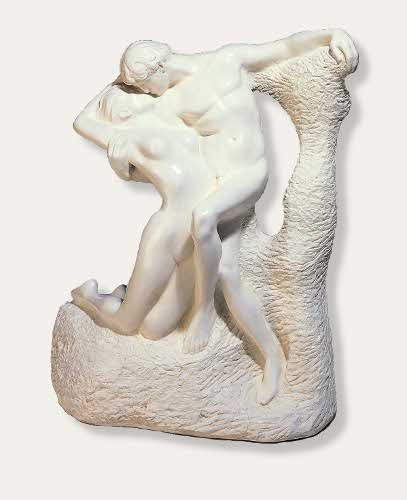 Exhibited at the Salon for the first time in 1898, Eternal Springtime was entitled Cupid and Psyche. Resting on its back, together with a figure closely related to The Fallen Caryatid Carrying Her Stone, the torso was later used in the work known as Illusions Received by the Earth. Like many of Rodin’s works, Eternal Springtime is the result of the grouping of figures at least one of which was already in existence. It was a plaster of this version, now in the Rodin Museum, the Rodin gave to Robert Louis Stevenson in 1885. The demand for this work soon became very great and a number of marble replicas were made.