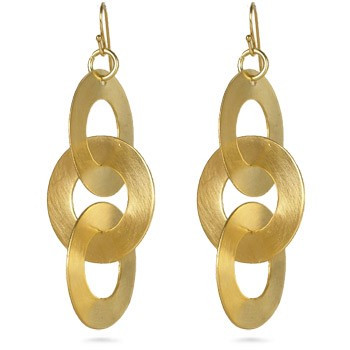 Inspired by the collections of the Israel Museum, Jerusalem

The rihana necklace was a major component in the jewelry of the Jewish bride from Djerba, Tunisia, adorning her chest together with another four or five necklaces. In the past it was made by a sophisticated method, apparently brought to Tunisia by Moorish craftsmen: its links were sliced and then joined together by hammering, without any soldering. Similar links also hung from the brides earrings and temple ornaments, and they became a characteristic feature of Tunisian silversmithing.