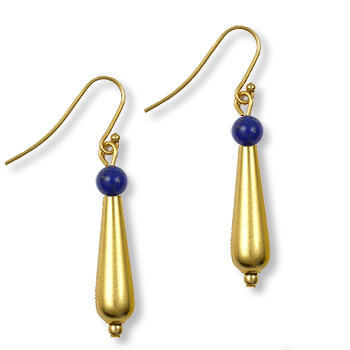 In ancient Egypt, jewelry was often worn as protection from a variety of physically or spiritually hostile forces. Lapis was valued as highly as gold and was considered a sacred stone, most often worn by priests and royalty. The rich deep blue color of lapis was believed to represent water and the heavens and was associated with deities who personified these two powerful forces of nature. It was also thought to represent universal truth.