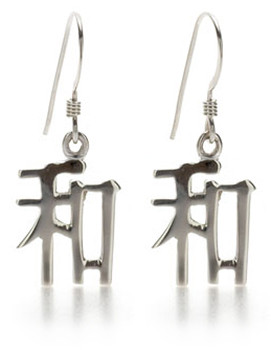 This ancient Chinese symbol represents the word peace. Intricate writing characters such as this were first invented by the Kan tribe which lived in China about four thousand years ago. They symbolize the essence of the words they represent. In the third century, these characters were adopted by Japan where they are referred to as Kanji symbols.