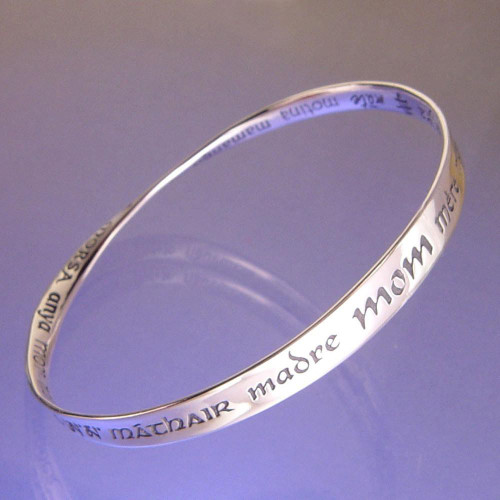 Engraved within and without are the words for mother, mom or ma in thirty two different languages. The word for mother is similar around the world in totally unrelated languages. Many believe this is because the vowels and consonant sounds that make up the word for mother are the first to be mastered by children and so the sound of the word to identify a mother is almost universal. An homage to motherhood, perfect for Mother's Day or a birthday or simply a gift to oneself to celebrate being a mom.