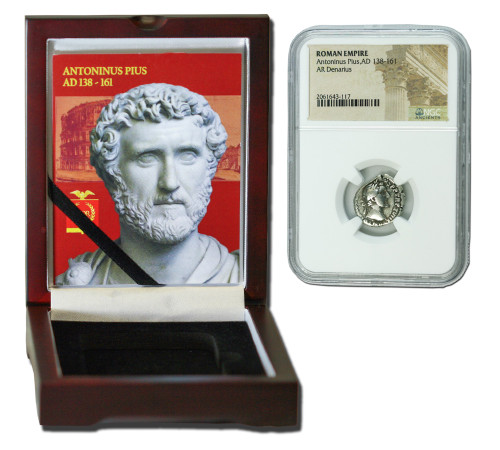 The adopted son and heir of the great emperor Hadrian, Antonius was notable for one reason: his pacifism. Emperors of Rome tended to be brutal individuals, drawn from the ranks of the imperial army, and quick to take up arms. It was said of Antonius that, not only did he never command an army in his 23 years on the throne, but he never so much as inspected a garrison. Gibbon writes, “His reign is marked by the rare advantage of furnishing very few materials for history; which is, indeed, little more than the register of the crimes, follies, and misfortunes of mankind.”