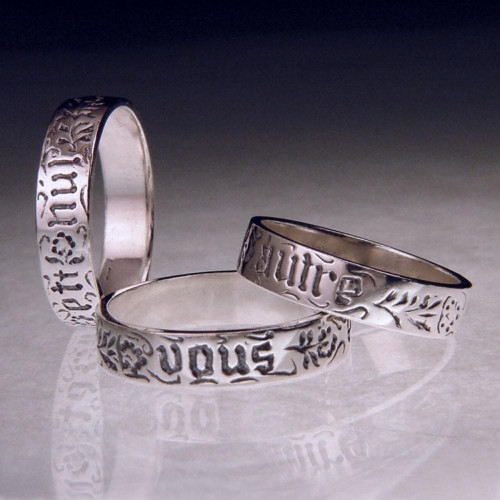 Inscribed in French: Vous et nul autre, meaning 'you and no other'. The design of this ring was inspired by a ring from the 15th century, now in the Victoria & Albert Museum in London. The original ring was probably made in England, although the poesy inscription is in French as French remained the language of the English nobility until the late 1400s. The letters are engraved in a Gothic script and surrounded by floral patterns and inscribed decorations. The power and simplicity of its declaration of love is as relevant today as it was 600 years ago.

Inscribed in French: Vous et nul autre, meaning 'you and no other'. Sterling Silver