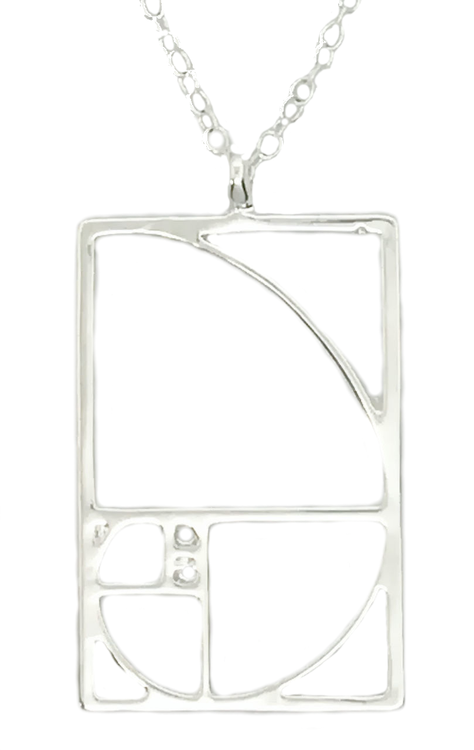 The mathematics of the golden ratio and of the Fibonacci sequence are intimately interconnected. A Fibonacci spiral which approximates the golden spiral, whereby the spiral is drawn starting from the inner 1×1 square and continues outwards to successively larger squares.

In geometry, a golden spiral is a logarithmic spiral whose growth factor is the golden ratio.[1] That is, a golden spiral gets wider (or further from its origin) by a factor of the ratio for every quarter turn it makes.

Some twentieth-century artists and architects, including Le Corbusier and Dali, have proportioned their works to approximate the golden ratio—especially in the form of the golden rectangle, in which the ratio of the longer side to the shorter is the golden ratio—believing this proportion to be aesthetically pleasing. The golden ratio appears in some patterns in nature, including the spiral arrangement of leaves and other plant parts.

Mathematicians since Euclid have studied the properties of the golden ratio, including its appearance in the dimensions of a regular pentagon and in a golden rectangle, which may be cut into a square and a smaller rectangle with the same aspect ratio. The golden ratio has also been used to analyze the proportions of natural objects as well as man-made systems such as financial markets, in some cases based on dubious fits to data.