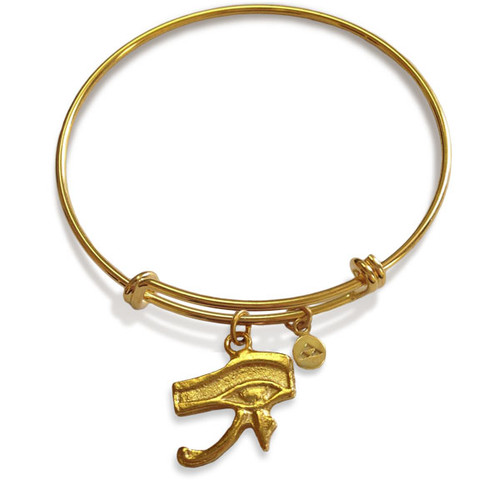 The story of Horus, an Egyptian sky god whose symbol was the falcon, appears in the ancient pyramid texts. The "Horus Eye" emerges from the historic battle between Horus and his father's jealous brother. During this battle Horus lost his left eye. Upon his victory he set forth across the sea to raise his father, Osiris, from the dead and offer him his sacrificed eye. This became the symbol of all sacrifice and appears throughout ancient Egyptian art.