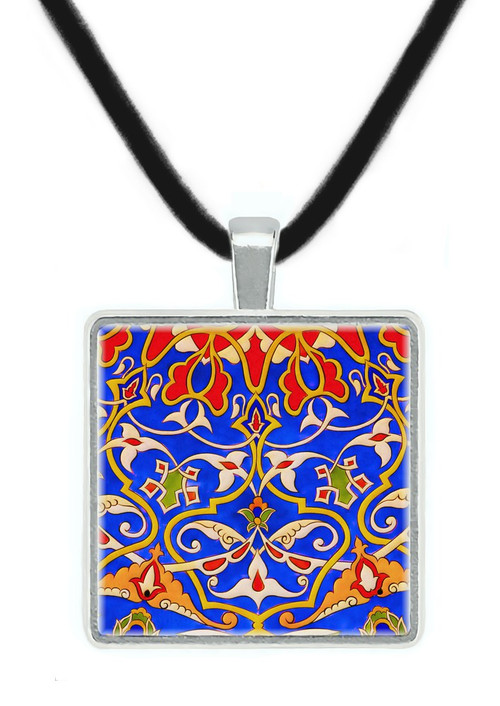 Ferhat Pasha Mosque (, also known as the Ferhadija Mosque, is a central building in the city of Banja Luka and one of the greatest achievements of Bosnia and Herzegovina's 16th century Ottoman Islamic architecture in Europe. The mosque was demolished in 1993 at the order of the authorities of Republika Srpska, and was rebuilt and opened on 7 May 2016.

Commissioned by the Bosnian Sanjak-bey Ferhat-paša Sokolović, the mosque was built in 1579 with money that, as tradition has it, were paid by the Auersperg family for the severed head of the Habsburg general Herbard VIII von Auersperg and the ransom for the general's son after a battle at the Croatian border in 1575, where Ferhat-paša was triumphant.

The mosque with its classical Ottoman architecture was most probably designed by a pupil of Mimar Sinan. There is no written data about the builders who erected the mosque, but from analysing its architecture it appears that the foreman of the works was from Sinan's school since the mosque shows obvious similarities with Sinan's Muradiye mosque in Manisa, which dates from 1585.

The mosque was one of 16 destroyed in the city of Banja Luka during the Bosnian War between 1992 and 1995. The Republika Srpska authorities ordered the demolition of the entire Ferhadija and Arnaudija mosque complexes, which stood approximately 800 m (2,625 ft) apart. Both mosques were destroyed in the same night within 15 minutes of each other.

According to legend, when the mosque was completed in 1579, Ferhad-Pasha had the masons locked inside this minaret, sentencing them to death so they could never make anything so beautiful, but one night they made wings and flew away.

A team of artists faithfully spent over a year to reproduced all the artwork of the original.

Made in the U.S.A.  1” x 1” Pendant on 18” cord (20” cord with included cord extender).  Please note as these are hand made and very slight variations may occur as well as an additional day or two of processing might be required. Printed on metal, using our Museum Company® Proprietary Metal Printing Process.