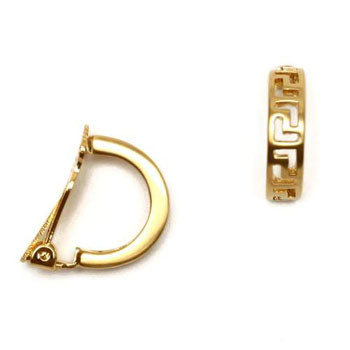 The Meander design has been used for thousands of years in Mediterranean cultures. Also known as the "key" design, the meander pattern can be seen in artistry from Greek architecture to a border around a Roman fresco. The intertwining and repeating patterns are thought of as symbols of unity and infinity. The meander design derives its name from the ancient River Maeander which runs through South Western Turkey.