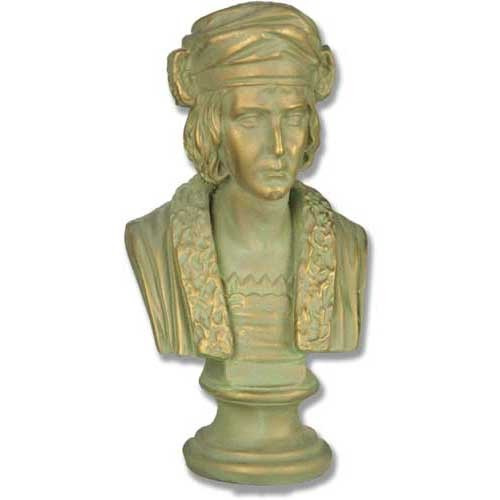 Christopher Columbus (1451 - 1506) was a navigator, colonizer, and explorer whose voyages across the Atlantic Ocean led to general European awareness of the American continents in the Western Hemisphere. With his four voyages of exploration and several attempts at establishing a settlement on the island of Hispaniola, all funded by Isabella I of Castile, he initiated the process of Spanish colonization which foreshadowed general European colonization of the "New World".

5X4X10 (inches) : Please Note this is a Special Order Item. Please allow 3-4 weeks for production. Made in the U.S.A.