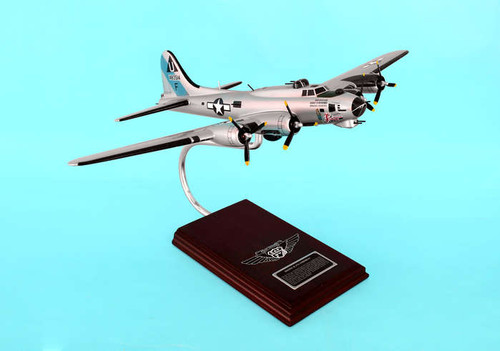 Our premium high quality air & space museum replicas and naval models are handcrafted from mahogany and comes with a wooden base.

Sentimental Journey rolled off the Douglas assembly line in late 1944, and was accepted by the U.S. Army Air Force on March 13, 1945. Manufactured too late to see service in the European war, the aircraft was assigned to the Pacific theater for the duration of the war. In 1947, the aircraft was removed from storage in Japan and assigned to Clark Field in Manila as a photo-mapping plane. For nearly three years she served in that capacity, flying to all corners of the Pacific in the configuration of a RB-17G.