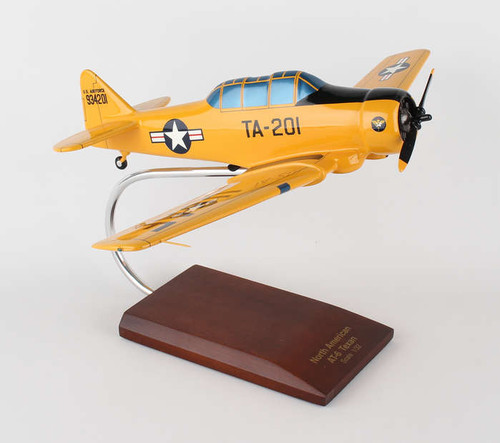 Our premium high quality air & space museum replicas and naval models are crafted from resin and comes with a wooden base.
Length is 10 3/4 and Wingspan is 15 3/4".