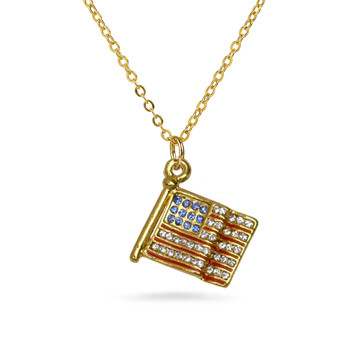 On June 14, 1777, the first official American flag had 13 stars and 13 stripes representing the original states of the union. The stripes have remained the same, but the number of stars increased throughout the years as new states were included. The 50th and last state to be added was Hawaii in 1960.
Materials: Crystals, gold finish and epoxy