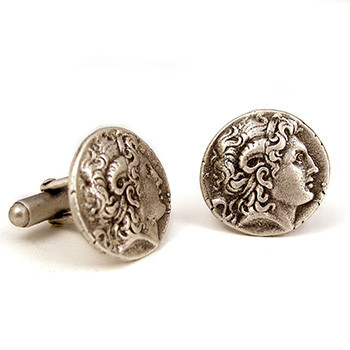 Alexander the III was only 20 years old when he became king of Macedonia (336 B.C.). His military genius and loyal followers gained him the largest empire in the world. He founded the city of Alexandria which became the capital of Egypt and a cultural center with the largest library in ancient times. He was influential in spreading the Greek culture and language to his vast territories. Alexander died of a fever in 323 B.C. before his heir was born.