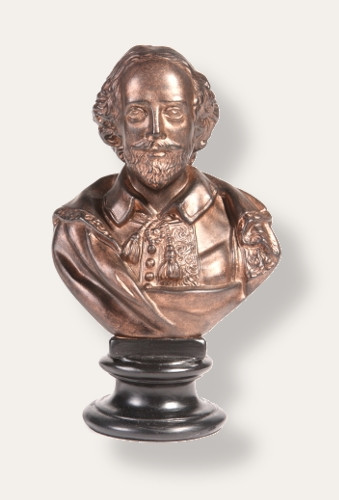 William Shakespeare is widely regarded as the greatest writer in the English language and as the world's greatest dramatist. His body of work consists of 38 plays, 154 sonnets, and several other poems. Beyond his impact on the language, Shakespeare is so widely read and performed today because he used his considerable talent to explore the timeless truths about what it means to be human. This portrait bust is the work of an unknown 19th century sculptor. This faithful reproduction is hand-cast and hand-finished in crushed stone resin.