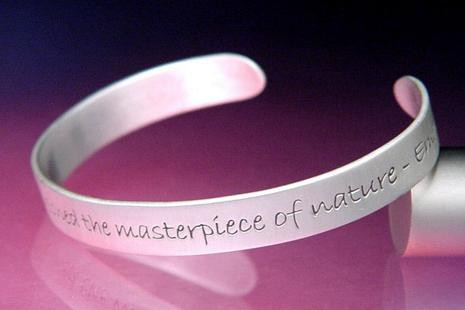 The quotation engraved on this cuff bracelet is by Ralph Waldo Emerson 1803-1882, from his book of Essays, published in 1841. Emerson was the leading American essayist of his day. Born in Boston, Massachusetts he came from a long line of ministers, Emerson himself becoming a minister in the Second Unitarian Church of Boston in 1829. He became a central figure of the philosophical movement known as transcendentalism, which held that reality is essentially mental or spiritual in nature. His poems, orations, and especially his essays, such as Nature (1836), are regarded as landmarks in the 19th century development of American thought and literary expression. Whatever Emerson's philosophical reasoning, this quotation about the value and meaning of friendship is one upon which we all may agree.