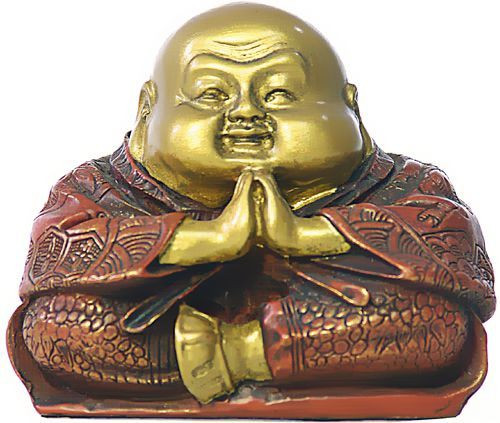 Often called the Happy Buddha or Laughing Buddha, he is really Ho Tai (Budai, Hotai, Hotei), a monk of the Later Liang Dynasty (907 - 923 AD) of China. He was known for carrying a sack of candy which he handed out to children in the street. Many Chinese Buddhist believe he was an incarnation of the Maitreya Bodhisattva (the future Buddha). His duty is patron of the weak, the poor and children. He wanders around with his sack which never empties and takes the sadness from people of this world. He represents prosperity and happiness. His big belly represents wealth. Because of his significance, statuettes of the Laughing Buddha are often found in homes and businesses in China and Japan.