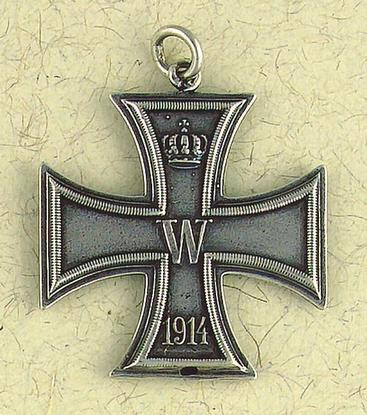 The Iron Cross (German: Eisernes Kreuz) is a military decoration of the Kingdom of Prussia, and later of Germany. This award, which is only given during times of war was established by King Friedrich Wilhelm III of Prussia and first awarded on 10 March 1813. In addition to the Napoleonic Wars, the Iron Cross has been awarded during the Franco-Prussian War, the First and Second World Wars, but has not been awarded since May 1945.