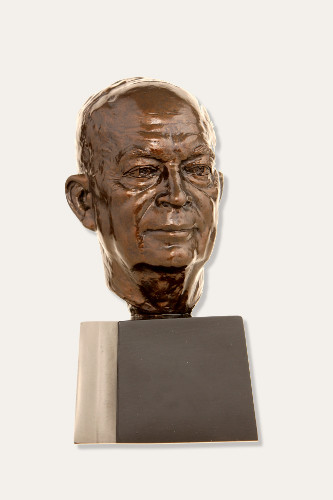 Dwight D. Eisenhower, leader of the victorious Allied forces in Europe in World War II, rode a wave of popularity as a war hero to become President of the United States (1953-1961). As President, Eisenhower ended the Korean War, created the Interstate Highway System, signed the first civil rights legislation since Reconstruction, brought Alaska and Hawaii into the Union, took America into outer space with the establishment of NASA, and warned the country against the Military-Industrial Complex. People throughout the world loved the tall, baldheaded man they fondly called Ike. His broad grin and friendly manner could put almost anyone at ease.