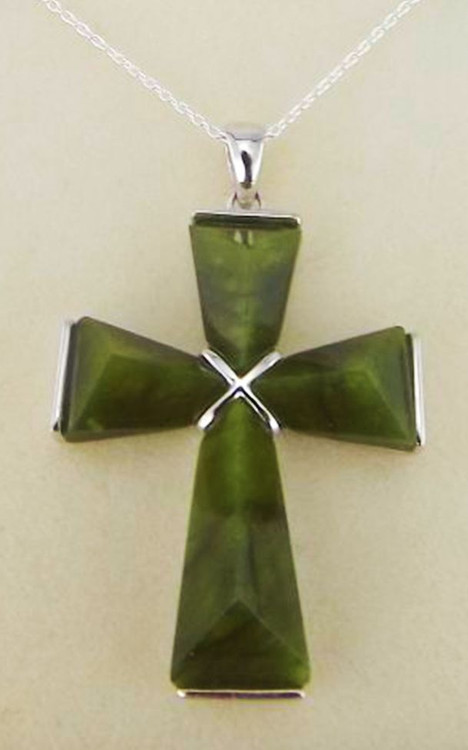 Popularily referred to as Celtic Green Marble or Irish Green Marble, Connemara marble is over 900 Million years old and is unique to Ireland. The marble in Museum Company(tm) Connemara Marble Cross On Chain is from Ireland's oldest marble quarry, which was first opened in the 19th Century, and visited in 1903 by King Edward VII and Queen Alexandra during the Royal tour of Connemara.

Connemara Marble Pendant, Made in Ireland