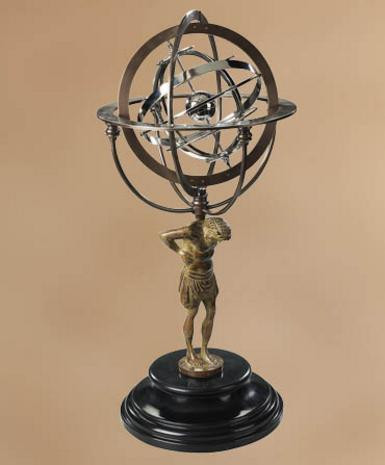 An interesting mix of early science and Greek mythology: One of the legendary Titans battling Zeus was defeated and decreed to carry the weight of the world on his mighty shoulders. Forever. Our armillary dial, however, has Atlas carrying the entire universe. That's to say the known Renaissance universe, when the earth was still believed to be at its center. Gracefully intertwined silver rings symbolize the position and trajectories of heavenly bodies around the earth. In all aspects ethereal, science combined with beauty, myth with historic fact.